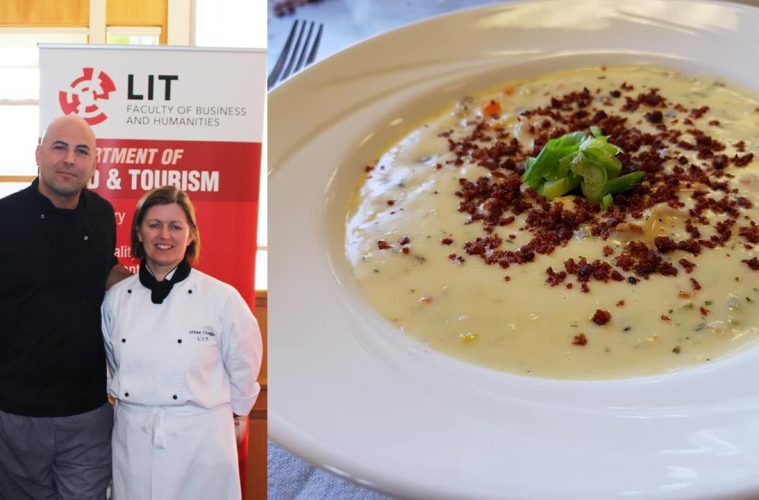 The Local Enterprise Office Limerick together with Innovate Limerick, LIT, Limerick City & County Council and Limerick Food Group invited entries from chefs across the county to apply to represent Limerick at this year’s All Ireland Chowder Cook-Off.

The first stage of the competition was to find Limerick’s Chowder Champion. Blind judging took place at Taste restaurant in LIT with a judging panel that included Chef Paddy Collins (Wood & Bell Killaloe) who was a previous All Ireland Chowder Champion, Joe Mulcahy of LIT Culinary Arts programme, and food writer Andrew Carey. Addressing the competing chefs and guests, Donnacha McNamara, LIT Head of School of Business and Humanities, commented: “LIT want to be the centre of excellence for chefs in the region, we hope to host many more events. There are bigger and better things to come from us in the future and we look forward to welcoming you all again.”

Patricia O’Sullivan of LEO and Innovate Limerick said the bursary to the winner gives the city and county of Limerick representation at the All-Ireland Chowder Championship which the Limerick Food Strategy is delighted to support to continue raising our food profile.