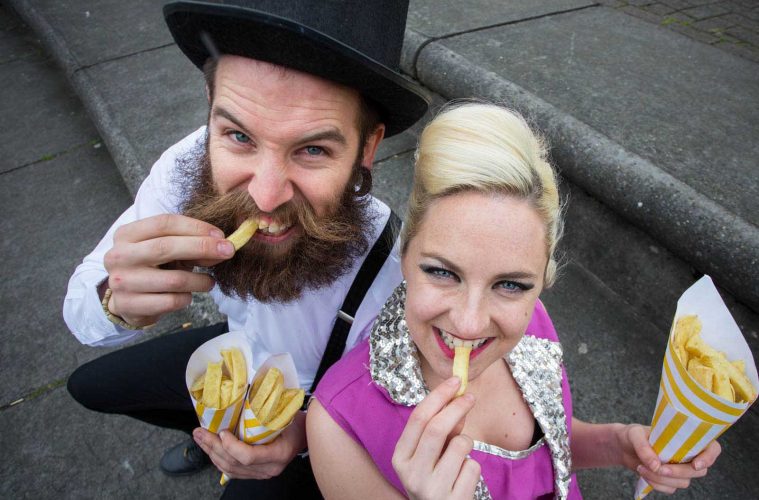 LIMERICK City is cooking up something special for the June Bank Holiday weekend as part of Limerick National City of Culture 2014. ‘Culture & Chips’ is a food carnival taking place in the city centre in a specially transported 1920’s Spiegeltent.

Frites, chips, potato wedges or French fries – whatever you call them, there is little to rival the mighty chip. Humble in stature, there are few foods that hold such affection in the hearts (well, bellies) of so many. Curly or thick-cut, wedged or crinkled, made traditionally from potatoes but so often from many other vegetables now too, it is high time we celebrate the chip…

Limerick City has decided to do just that, and has announced details of the Culture & Chips food carnival taking place over the June Bank Holiday weekend. An authentic specially transported 1920’s Spiegeltent will be erected in Arthur’s Quay Park for the duration of what promises to be one of the best weekends of the year.

Saturday afternoon May 31st sees the World Chip Championships taking place to find the best-tasting chip on the planet. This will be an open contest to all cooks with a passion for the frite, each hoping to cut the mustard and take home the inaugural title.

The Culture & Chips Spiegeltent will host a Culinary Carnival banquet on the evening of Friday May 30th. Pull on your best bib and tucker with a menu created by Chef Paul Williams of Canteen using locally sourced produce from the region with matching wines and craft beers.

Saturday morning will see children’s theatre take over the Spiegeltent while Sunday morning promises a breakfast with a difference.

The Jerry Fish Electric Sideshow will be resident in the tent on Thursday May 29th, while ‘Pommes in the Park’ on Saturday promises to delight with a fantastical evening of cabaret and chips.

Jack L will bring his special brand of entertainment to the Spiegeltent on Sunday night June 1st, with the weekend wind-down on Monday afternoon courtesy of Salon du Chat to the sounds of the Brad Pitt Light Orchestra.

If that’s not enough to keep you entertained throughout the weekend, the Irish Chamber Orchestra are presenting Carmen in the Milk Market on Thursday and Friday; TomCat Street Festival takes place on the streets and in the hostelries of Thomas Street and Catherine Street; the RugbyLAD Sevens Festival is taking place at LIT; plus there will be a host of other events, food trails and activities to enjoy.

As National City of Culture 2014, it’s Limerick’s year to celebrate. Put Culture & Chips into your diary now and don’t miss a feast of a time in the Treaty City.