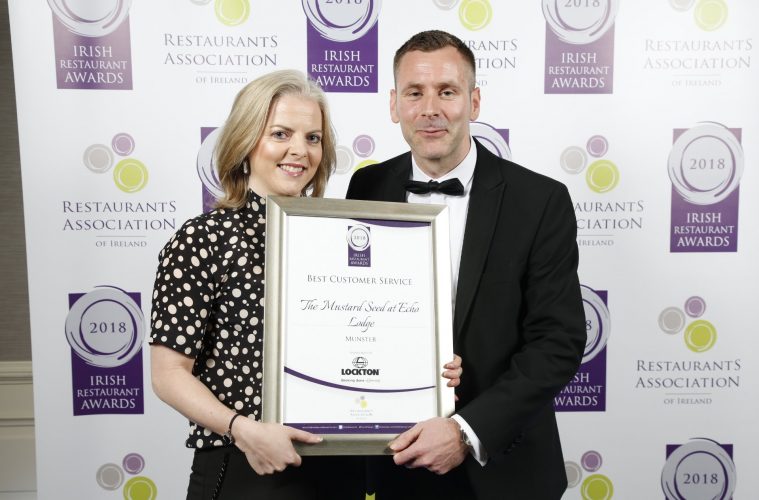 County Limerick restaurant, The Mustard Seed, located in the village of Ballingarry, has received ‘Best Customer Service in Munster’ at the Irish Restaurant Awards.

The Restaurants Association of Ireland hosted the tenth addition of the annual awards event, known in the industry as the #FoodOscars. The final event was held in The Clayton, Burlington Road, Dublin and more than 1000 guests sit down for a five course gala dinner cooked by 5 renowned chefs, who were also award winners from the previous year.  The awards have grown in the past decade, and aim to showcase the talent Ireland’s hospitality industry has to offer. John Edward Joyce with some of his team at The Mustard Seed (Photo: Oisin McHugh/True Media)